Hip huggers first made their debut in 1957 when Irene Kasmer designed the first pair out of denim. They had a unique cut for a fifties fashion item - a snug fit around the hips and thighs with the waistline placed at the hips, rather than the waistline, and a flare out to wide bottoms.

With many similarities to today’s low rise boot cut style jeans, hip-huggers became quite fashionable and thus popular from the mid-60s, becoming a wardrobe item popularised by the mods. They remained in style for about a decade with a downward trend around the early 70s.

By the end of the decade, hip-huggers re-appeared in the nightclub scene and were mainly worn by club-goers that fell within the psychedelic group.

Their legs were quite long and will sometimes sweep the floor as you walk, sometimes resulting in frayed and dirty hems.

Also associated with the hippie lifestyle, the trend was in some way inspired by urban living, rock bands, and icons of music; people like Jimi Hendrix, Jim Morrison, Sonny and Cher, Mick Jagger . . . all wore hip huggers, and it soon became basic wear, not only for the psychedelic group but for pop musicians and the disco fanatics.

Hip huggers have re-appeared as low-rise pants with moderate flares. But they are no more exclusively pants or trousers. They come made in a variety of designs ranging from lingerie to bum shorts, loose pants to smart pants, bell-bottoms, and straight cut legs. 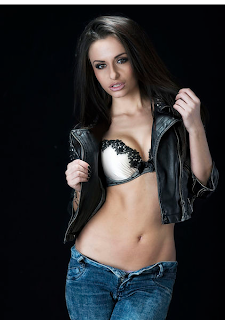 The wonderful thing about hip huggers trousers is that today, they can be worn casual, or semi-formal while maintaining a relaxed but stylish look.