Ugly Vintage Clothing Styles We Will Hate to See Come Back

Fashion design and clothing styles come and go, moving in an almost cyclic manner where the old becomes the new and eventually fades away back into the past that will one day also be tagged as vintage clothing.
Many vintage-inspired styles we see today have appeared a number of times over the decades albeit modified to suit the trends of the time.


While some of these clothing styles still maintain some detailing features, not many possess the meticulous attention to detail which made their designs great, and neither are they made with such gorgeous fabrics, common elements of the past. For those who absolutely love vintage-style clothing, they’ll find that such unique beauty and finery are rarely present in modern-day designs.
But then, fashion hasn’t always been that impressive and some were unbecoming. And though we might have thought that some of them were 'cool' styles during their era, in all honesty, many of them were not!

So which styles were the worst of the ‘pack’ and what is the reason why we’d rather not see them in today’s fashion houses and shopping malls? Which fashion trends do we hope never ever make a re-appearance in our clothing collections?
Hobble skirts of the 1910s – This style was a terribly restrictive skirt with a narrow hem that seemed intentionally designed to impede a woman’s stride. Wearers actually walked funny, hobbling to and fro. Luckily, this item of clothing was a short-lived fashion trend. 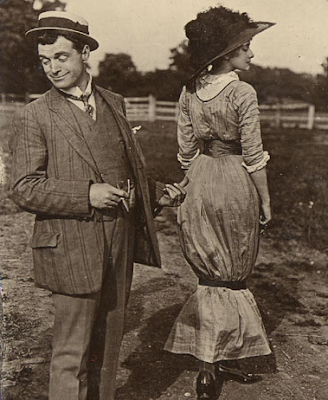 Paper dresses of the 1960s – These were another short-lived clothing style of the 60s. Whoever first designed the paper dress must have wanted to create some awful marketing stunt that went awry. However, paper dresses, made completely out of paper, were short-lived.
Utterly quirky and often featuring eye-catching patterns and shapes, including Yellow Pages and newspaper-type prints, this trend never really took off, for practical and understandable reasons.

Go-Go boots of the 1960s – Adopted by teen dancers, go-go boots looked so plastic and really cheap! Presumed to have been named after a certain dance style (go-go dance), they were the perfect discotheque boots. Remember the TV program Top of the Pops? They were created by famous fashion designer André Courrèges and came in white, had low heels, were mid-calf-high, and were generally described as sexy boots.

Sailor dress - The sailor dress is a vintage dress style that is fashioned after a sailor’s suit, particularly its bodice and collar design. It not only looked childish, but it was also unbecoming and made women look like dressed-up little girls. Sailor dresses were popularly known as Peter Thomson dresses (the naval tailor credited with designing the style).
Hammer pants or parachute pants – I used to have a couple of pairs of these styles and thought they were actually hot! Today, will I wear a recreated copy? Definitely not!
Certainly, this clothing style also referred to as Aladdin pants (or drop-crotch pants) has to take the cake in terms of absolute ugliness.
Come to think about it, I can’t remember getting any compliments whenever I wore those pants! Don’t they remind you of diapers on toddlers? Well, those certainly look cute on the little tots but not so good-looking on an adult woman.

Poke bonnets of the 1800s – Many variations of the poke bonnet existed through much of the 1800s but now, a couple of centuries after, why would any woman want to wear a reproduction of this fashion accessory? You’ll barely see a wearer's face, well, not unless you stand right bang in front of her or poke your head through, but even then, they are gross and such an inexcusable headpiece.

Crinoline skirts of the 19th Century – This is a hoop skirt made from thread, steel, and horse hair and was worn as innerwear (underwear) beneath a dress or skirt to make it spread out like a cone. But this fashion trend can be aptly described as a ‘fashion death trap’ (if the 21st-century woman had to describe it).
Built like a cage of sorts, the crinoline skirt is narrow at the waist and extremely wide at the hem. Ladies had to lift them askew to pass through very wide doorways. If this vintage fashion trend has to make a comeback, it should be termed as a hazardous piece of clothing.

Cone bras of the 40s – It is a good thing that these did not last long in the fashion scene. Also referred to as conical bras, they were actually the rave when they were first made famous by the pin-up girls of the 1940s. So, contrary to general opinion, Madonna wasn’t the first woman to wear cone bras.
A terribly unflattering item of lingerie (in my opinion), I doubt if enough women of today will even give it a second glance if it resurfaces in the stores. A cone bra is not the same as a bullet bra. One thing about the cone bra is that it may look eye-catching if worn under a sweater, pointing forward like two arrows, but it certainly didn't look sexy. Far from it! 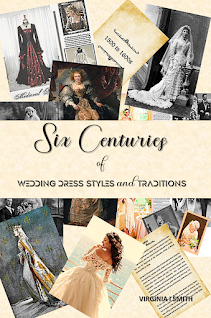 Some posts in this blog contain affiliate links and I will be compensated (at no extra cost to you) if you make a purchase through the links.